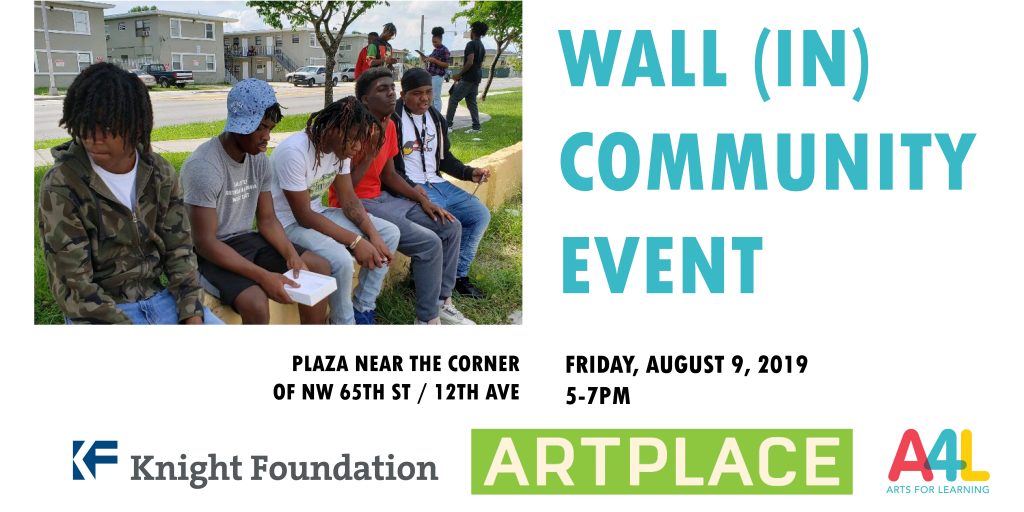 Join us for the Wall (In) final community event on Friday, August 9th, from 5-7pm.

The event will take place at one of the plazas by the wall near the corner of NW 65th St and 12th Ave.

Enjoy food and music while Wall (In) interns present their work from the past six weeks, which includes interactive and functional art projects they designed and built with the guidance of Brooklyn-based artist, designer, and educator Chat Travieso and celebrated architect Germane Barnes.

We hope to see you there!

The Wall (In) Program is generously funded by ArtPlace America and the John S. and James L. Knight Foundation.

Wall (In) is a part of the Youth Artist Leadership Summer (YALS) program, founded by Liberty City native, and Academy Award winning playwright and actor, Tarell Alvin McCraney. The YALS program immerses young artists from the Liberty City area in a series of art intensives led by different practicing artists. Other partners include Arts for Learning and the Miami-Dade County Department of Cultural Affairs. 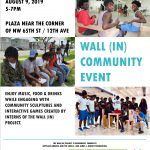