First Vice President – Wealth Advisor
UBS Financial Services
Abraham is a Wealth Advisor with UBS Financial Services and has been in the financial service industry since 1993. He earned his Certified Financial Planner designation in 2000, and currently focuses his practice on the growth and preservation of wealth for successful families, executives and private foundations. Abraham earned his Juris Doctorate degree from the University of Nebraska College of Law and was an attorney prior to moving to Florida in 1987. He currently serves on the Pension Board for the Town of Surfside, and is a non attorney member of the Unlicensed Practice of Law committee for the Florida Bar Association.
Abraham’s dedication to the arts stems from his early childhood exposure to music and the visual arts. He believes that art provides unmatched opportunities to develop skills of all children that are critical for their success. Whether it is through encouraging creativity and risk taking, learning the art of expression, or simply developing the connections for cognitive skills, he believes that art can be the essential catalyst for successful learning. He is grateful to be a part of Arts for Learning and its commitment to ensuring that children of all backgrounds have the same opportunities to succeed while at the same time enriching our community of South Florida. 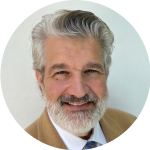 Director of Corporate Underwriting
Friends of WLRN, Inc.
Brendan Glynn joined Friends of WLRN Radio and Television in 2016 as the Director of Corporate Underwriting overseeing the business fundraising for the South Florida NPR/PBS affiliate. This move came after a 7-year tenure with Florida Grand Opera (FGO) as the Director of Marketing. Under his leadership, FGO successfully increased ticket sales, reduced overall marketing expense, established media partnerships that have increased exposure, and solidified the institution as a social media innovator.
In 2005, Mr. Glynn transitioned from a successful 13-year career at MARC Advertising in Coral Gables to Director of Marketing and Communications for the Broward Center for the Performing Arts and oversaw all aspects of Marketing, Sponsorships and Group Sales for four years.
In addition, Mr. Glynn has been a panelist at the National Arts Marketing Conference, the Opera America Conference as well as presenters for both Artserve in Fort Lauderdale and the Arts and Business Council in Miami. 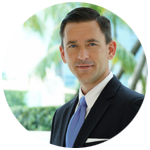 Lubell Rosen, LLC
Anthony is a partner of Lubell Rosen, LLC and health care and insurance coverage attorney in the law offices of Ver Ploeg & Lumpkin. He represents health care providers in state and federal courts against commercial insurers, payers, and governmental entities in disputes involving managed care reimbursement, overpayments, audits, and regulatory actions. Anthony holds certifications in information privacy and advises his clients on cyber-insurance coverages, HIPAA regulatory matters, safe data handling, and compliance. Anthony served a term as the Editor-in-Chief of the Inter-American Law Review, and also sat on the Florida Bar Journal’s Editorial Board for a five year term from 2012 to 2017.
Anthony received his juris doctorate from the University of Miami School of Law and his undergraduate degree from Rollins College where he won first prize in the College’s juried fine art show in 2005.

Director
Banco Do Brasil, Americas
Fluent in five languages, Ms. Ashley brings a wealth of knowledge and experience from her extensive banking career which has included positions with Bank Trust, American Express, Espirito Santo, and Bank of America. She completed her undergraduate studies at Jackson College of Tuft University and graduate studies at Columbia University. In addition to serving on Arts for Learning’s Board of Directors, she has served as a board member of the Jackson Memorial Foundation and the Carnival Center for the Performing Arts. 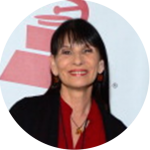 President
Ashé Records
Rachel Faro is an award-winning record producer, singer/songwriter, film music supervisor and meditation teacher.
Rachel has produced over 30 albums, three of which received Grammy Nominations. She has supervised the music for seven documentary films, including “The Divided Trail,” which received an Oscar Nomination for Best Documentary Feature. Her work has been honored with many other awards including the Parent’s Choice Award for all three of her lullaby albums.
As a singer/songwriter, her first two albums, “Refugees” and “Rachel Faro II” have recently been reissued by Sony Records. In 2019 Rachel appeared in the film “Satan and Adam,” one of the most popular music documentaries on Netflix, which covers the journey of a legendary blues act for whom she had produced two albums.
Rachel is president of the independent world music records label Ashé Records, which specializes in the music of various cultures of the African diaspora. In partnership with the famed percussionist Sammy Figueroa, Rachel has produced recordings of artists from Cuba, Puerto Rico, Mexico, Venezuela, Brazil, South Africa, Zimbabwe, Japan and China. Her goal has always been to present music as a universal language – to educate, inspire and to find a common ground between mainstream Western culture and these various streams of human expression.

Senior Vice President
Risk & Advisory Services
Assurant, Inc.
Chris Harrison CIA, CMA, is the Chief Audit Executive at Assurant, Inc., a specialty insurance company and a member of the Fortune 500. In this leadership role, Chris is responsible for ensuring that all of Assurant’s worldwide internal auditing activity provides the Board of Directors and management with independent, objective assurance and consulting advice designed to improve the effectiveness of Assurant’s operations.
Chris has been with Assurant for 27 years beginning in 1988 when he joined American Bankers Insurance Group in Miami as a financial analyst. Since then he has held positions in several different areas including Finance, IT, HR and now Audit. In 2006 he was named SVP of Human Resources for Assurant Specialty Property, one of the four divisions of Assurant, Inc. where he was recognized for his leadership and contribution to the successful integration of a significant acquisition. In 2008 he assumed his current role. Here again, he has been recognized for successfully transforming the Risk and Advisory Services Department into a highly effective internal audit function which repeatedly provides value to the Board of Directors and management. He is now on a mission to ensure that the department continues to develop on its journey to being a world class internal audit function.
Chris received a Bachelor of Commerce (Accounting) from the University of Windsor, in Ontario, Canada and a Masters in Business Administration from the University of Florida. He is a Certified Internal Auditor (CIA) and a Certified Management Accountant (CMA).

New World School of the Arts
President, Miami Dance Futures
Daniel Lewis is an internationally-recognized dancer, teacher, choreographer and author, who joined New World School of the Arts (NWSA) in Miami, Florida as founding Dean of Dance in 1987. Here, drawing from nearly three decades of experience in the field, Mr. Lewis created the dance division’s eight-year professional program. In addition to developing and managing NWSA’s dance program, Mr. Lewis has heightened modern dance awareness in South Florida through Miami Dance Futures, a company he formed in 1988. Miami Dance Futures produced the highly successful Miami Balanchine Conference, the Dance History Scholars’ Conference, the National High School Dance Festival and the Modern Dance Sampler. Miami Dance Futures also produces local dance companies, including Houlihan and Dancers and Rosita Segovia’s Ballet Español.
Mr. Lewis is perhaps most widely known for his association with the work of Jose Limón, dancing with the company from 1962-74. As a choreographer, Mr. Lewis has been commissioned to create works by the National Endowment for the Arts, the New York State Council on the Arts, Dallas Civic Opera, American Opera Center at Lincoln Center, Amherst College, the University of California at Los Angeles, and The Juilliard School, as well as companies in South America and England. His repertory company, Daniel Lewis Dance, has performed and taught extensively throughout the United States, Europe and Scandinavia.
Mr. Lewis graduated from New York’s High School of Performing Arts in 1962 and The Juilliard School in 1967.
He has been received numerous national accolades including, but not limited to: The Florida Arts Recognition Award in 2001; Honorary Chairman of “dance4life,” a Lifetime Achievement Award, and the Nancy Smith Award in 2002; a Lifetime Achievement Award from the National Dance Educations Organization in 2010. In 2011, Mr. Lewis received a proclamation from the floor of the Florida State Senate for his works in the arts in Florida by Senator Anitere Flores and he received the Martha Hill Lifetime Achievement Award in New York City. February 5th, 2011 was declared “Daniel Lewis Day” in Miami-Dade County and the City of Miami.

ONE Sotheby’s International Realty
Working out of both the Fort Lauderdale and Bay Harbor offices of ONE Sotheby’s Realty, Janine Mills has always had a passion for helping others live the lifestyle of their dreams. As an experienced Interior Designer, she has the ability to see the potential in a space, and develop a program that will meet the client’s requirements. As an Estate Agent, Janine puts this creative ability to work for her clients, using Virtual and traditional Staging methods to help buyers envision and realize the potential of a home.
On the business side, Janine has an extensive background in sales and negotiating from her previous career in Marketing for a top Fortune 500 company. She consistently exceeds expectations and is highly regarded by clients and colleagues alike.
In addition, Janine has a particular interest in French language and culture, and has studied at the Sorbonne in Paris. She is a graduate of Yale University, and with her degree in Psychology, is skilled at understanding her clients’ needs.
Coming from the family of an orthopedic surgeon, Janine understands the needs and pressures of busy professionals and families alike. She is the proud mother of a daughter, Marina, who is currently a college student pursuing a career in medicine at Washington University in St. Louis.
Janine is committed to giving back to the community as well, and has worked on projects with Links, Jack and Jill, Healthy Mothers-Healthy Babies, in addition to serving as an Arts for Learning Board Member.